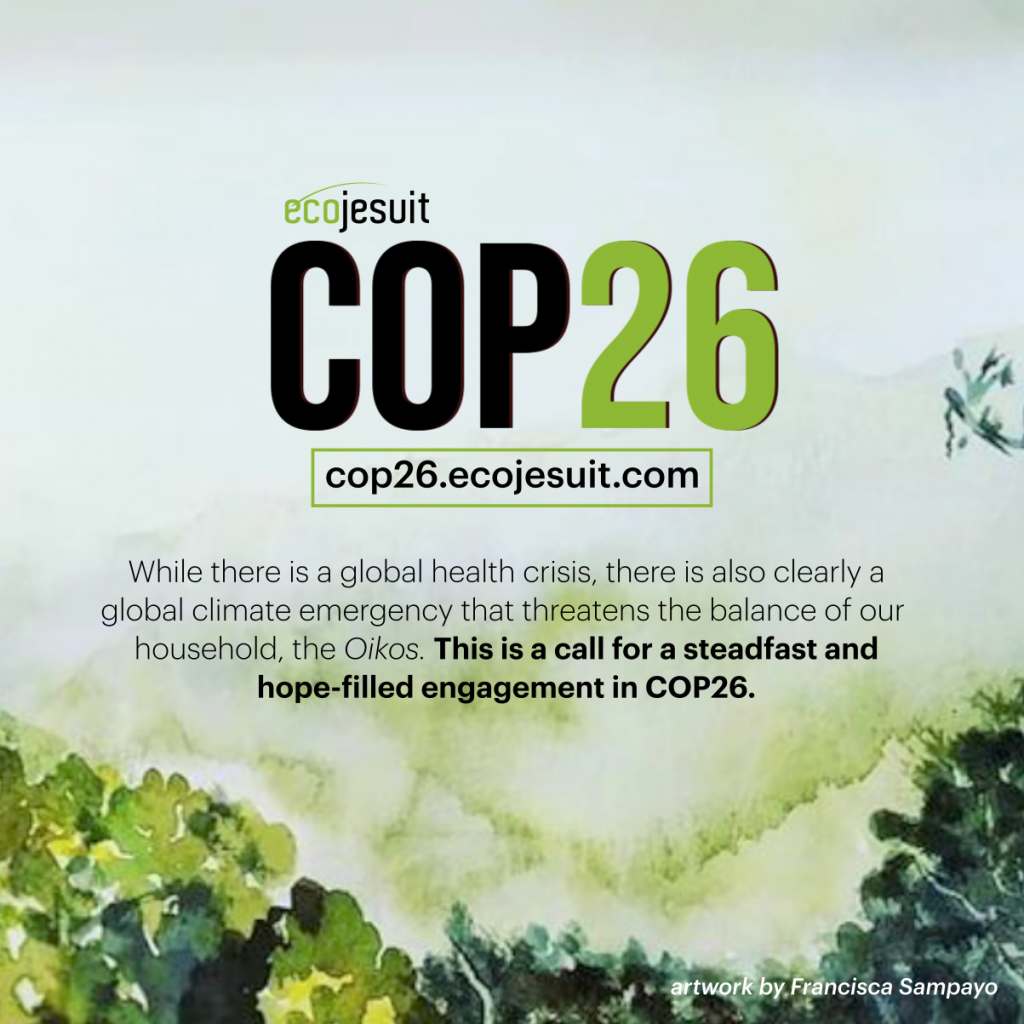 Ecojesuit launches the Ecojesuit@COP26 website, an online platform to encourage learning and develop meaningful and collaborative engagement towards COP26, the annual UN Climate Change Conference to be held in Glasgow, UK from 1 to 12 November.

Negotiations around the Paris Agreement have lagged since its signing in COP21 in 2015 when countries agreed to tackle climate change and limit global temperature increases to 2 degrees C, even up to 1.5 degrees C if possible, and committed to carbon cuts. Six years later, the carbon cut commitments were not fulfilled and global temperature is expected to hit 3 degrees C by the end of the century. Also, the finalization of the Paris Agreement Rulebook was pushed back, along with efforts in corporate accountability, climate finance, loss and damage mechanisms, among others.

Greater urgency for local-global collaborations is sought and the Ecojesuit@COP26 website is offered as a virtual platform for engagement among communities, organizations, schools, universities, networks, social centers, and all those seeking greater climate ambition by:

This story was originally published on Ecojesuit Online.