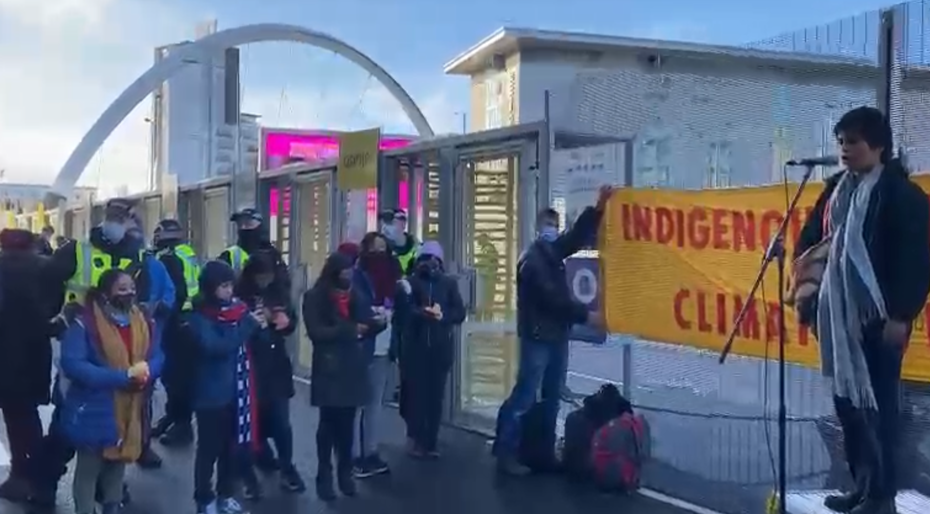 The legacy of COP26 is yet to be determined but mainstream media has already made its success contingent on the outcome of the negotiations between governments of countries that emit the most greenhouse gases. If this was what COP26 was all about, I would agree wholeheartedly with Greta Thunberg’s assessment that the whole thing is “a failure and a greenwash PR campaign.” There are, after all, 25 other COPs to attest to this.

However, there is another side to COP26. There are global efforts, chief among them the UN Framework Convention on Climate Change (UNFCCC), the intergovernmental treaty that established the framework to address climate change and put together conferences and presentations to share knowledge and ideas on how to solve the climate crisis. There are the people from all over the world, a lot of them young men and women, who took to the streets of Glasgow to show their anger and displeasure at their governments for mishandling this crisis.

This other part of COP26, I am more optimistic about. In this COP26, we don’t hear the empty platitudes of world leaders; we are listening to the voices of people and communities who are feeling the direct impacts of climate change and who offer workable solutions to a global problem from a local perspective. We are also hearing words of caution from marginalized communities who are impacted not just by climate change but by proposed solutions coming from the Global North.

I listened to a COP26 public event that focused on how climate change is impacting the Arctic region. For years, we have known that the Arctic is warming faster than other parts of the world. The Sámi, Indigenous Peoples who live in Finland and neighbouring territories, have known this even before western science confirmed it. Now, using both indigenous knowledge and science, the Sámi are able to document and develop strategies to mitigate and adapt to climate change while practicing their traditional way of life. 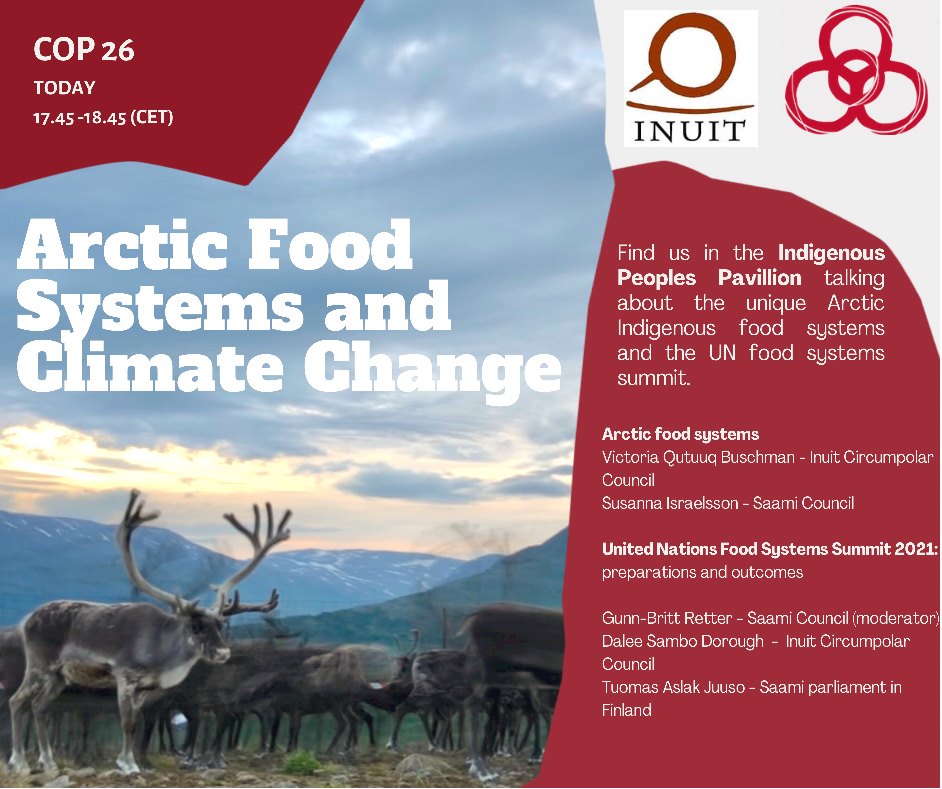 Tuomas Aslak Jusso, President of the Sámi Parliament in Finland, talked about reindeer herding and how this allowed them to sustain their communities and way of life and also preserve their culture.

He mentioned the dangers posed by the arrival of mining companies from Norway who would like access to the minerals on their land for use in green technology. Mr Jusso said that because their communities are thriving, they are able to exercise free, prior and informed consent and say “no.” He fears that as climate change accelerates, there may come a point where saying “no” will no longer be an option.

Allowing these mining companies to operate on their land is tantamount to destroying their way of life and killing their culture. It is green colonialism, the exploitation of a vulnerable people and their land just to satisfy the needs of the Global North to transition from fossil fuels to green technology.

Green colonialism is not new nor is exclusive to the Sámi. The Jesuit partners of Canadian Jesuits International have seen this happen in the Democratic Republic of the Congo. It is also happening in other parts of the world: in Indonesia, Chile, and in other countries in the Global South. It is happening to communities where power imbalances exist between them and governments and multinational corporations.

While there is a need to transition from fossil fuels to renewables, it should not come at the expense of the way of life of a people and the violation of their human rights, whether it be in the Global South or in the Global North. It is our responsibility to ensure that the solutions we propose to address the climate crisis do not create additional problems for others. Climate change is a social justice issue and should be seen through the lens of equality, respect, and dignity for all. 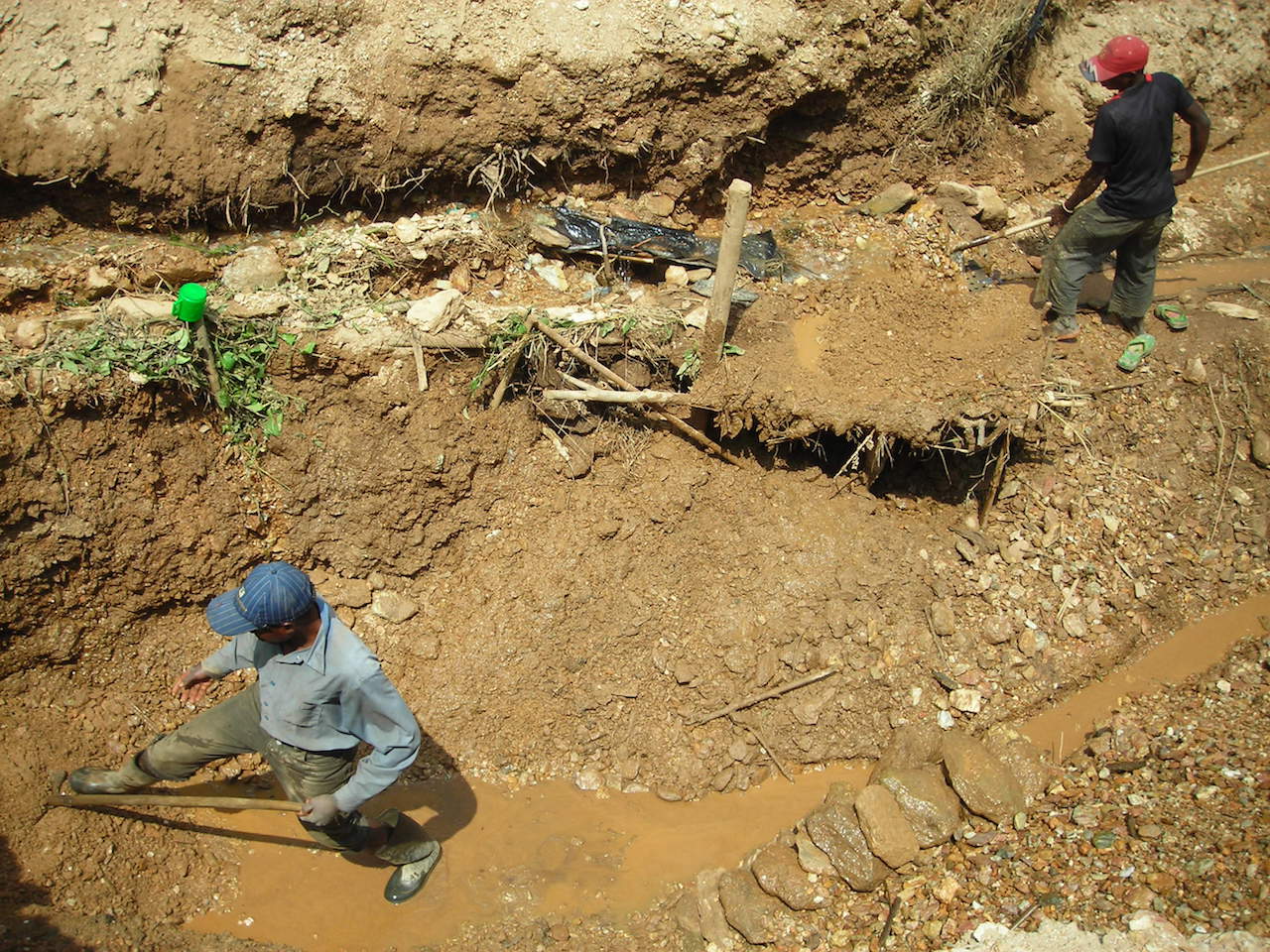 Artisanal mining in the Democratic Republic of the Congo where more than 70% of global production of cobalt takes place (photo: Didier de Failly SJ)

The success of COP26 will not be measured by the agreements and targets world leaders come up with. Its success will depend on how our relationship with each other changes: how we address the power imbalances between the Global North and South; how we use the wisdom and knowledge shared with us by Indigenous people; how we harness the power of youth.

Change will come, not from the top down but will begin from the grassroots. COP26 has empowered us and gives us hope it is not yet too late to save our planet and ourselves.

Victor Reyes is the Communications Coordinator at Canadian Jesuits International and can be reached at vreyes@jesuits.org. Victor is also a member of the virtual Ecojesuit COP26 delegation.