Home » Ecojesuit COP26: A global advocacy for climate justice, committing to mission and action beyond COP26

Ecojesuit COP26: A global advocacy for climate justice, committing to mission and action beyond COP26 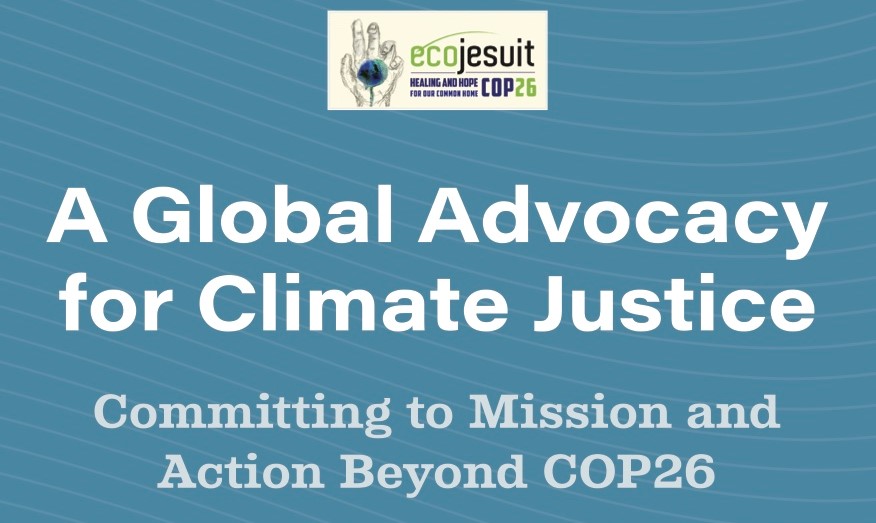 As humanity continues to reckon with the impact of the pandemic almost two years after, climate negotiations are sitting in the corner for the past five years, bringing the world to an ecological, economic, and social tipping point. Global commitments are leading us to a path of 3°C of warming, far from the 1.5°C limit that the Intergovernmental Panel on Climate Change (IPCC) Sixth Assessment Report urgently recommends.

And while there is a global health crisis, there is also clearly a global climate emergency that threatens the balance of our household, the oikos. This is a call for a steadfast and hope-filled engagement in COP26. 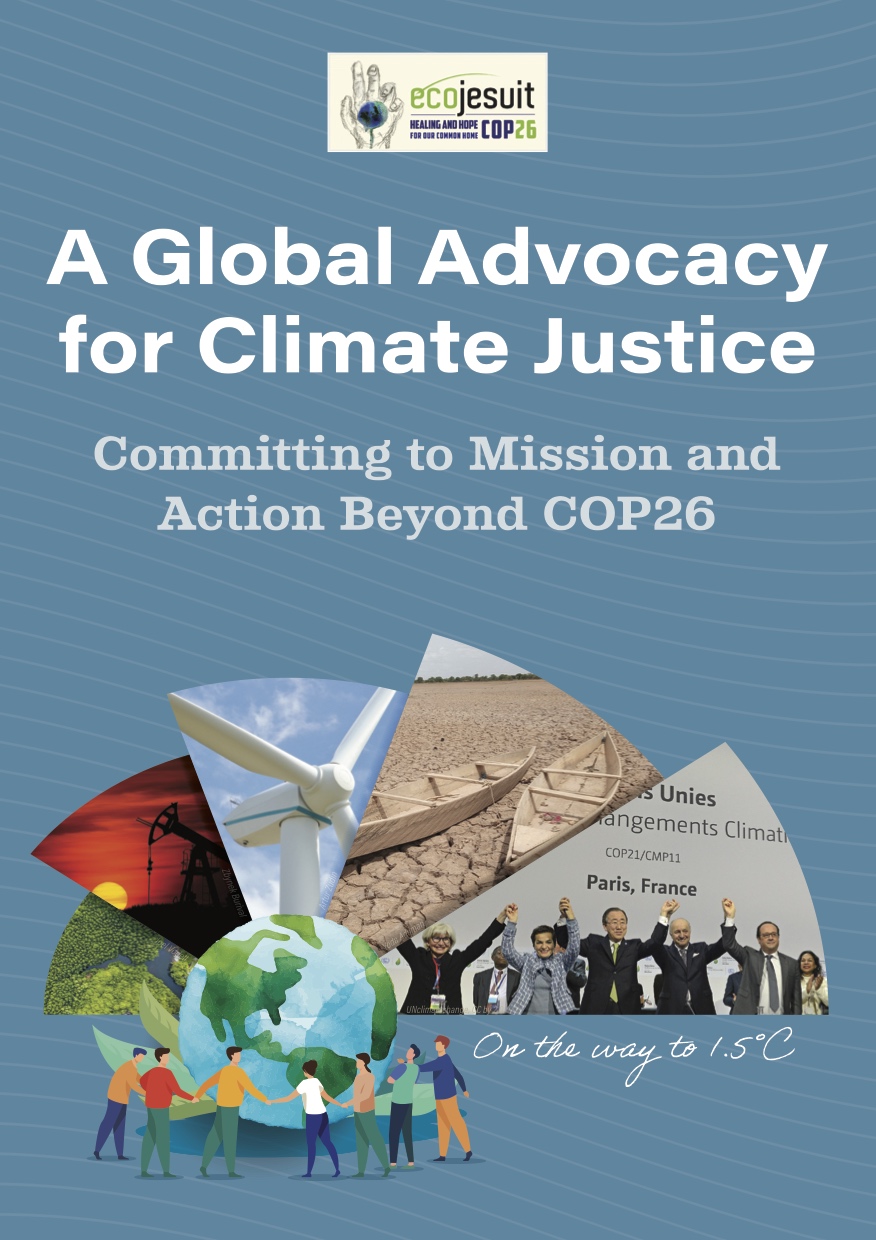 With a climate signaling that humanity is close to several tipping points in nature, science waving a red flag may no longer be enough. Science is vital, but it needs to work with the social to tip everything towards that profound change across society and reach net-zero greenhouse gas emissions in 10 years.

In a research study Social tipping dynamics for stabilizing Earth’s climate by 2050 by Ilona Otto et al published in February 2020, the authors propose a framework that looks at critical interventions activating or inducing the social tipping dynamic in the following elements: energy production and storage systems, human settlements, financial markets, norms and value systems, the education system and information feedback. Catalysts of the contagious transformative processes can be social movements, influencers, trendsetters, and social change leaders.

Tipping the stacks to positive social and policy change within this decade requires from us that sense of urgency to actively pursue different pathways, and to collaborate and influence wherever we can in our work in reconciliation and ecological restoration.

In responding to climate change and the COP26 process, all the 191 national pledges to the Paris Agreement “imply a sizeable increase in global GHG emissions in 2030 compared to 2010, of about 16%. According to the latest IPCC findings, such an increase, unless actions are taken immediately, may lead to a temperature rise of about 2.7°C by the end of the century.” [from the UN Climate Press Release, 17 September 2021, Full NDC Synthesis Report: Some progress, but still a big concern]. This worrying trend was later confirmed as the UN Climate Change published an update to the synthesis of climate action plans communicated through the Nationally Determined Contributions (NDCs) of countries.

In triggering or inducing positive transformative change, local collectives of diverse actors play a critical role. They are the groups and communities working together and demanding action that animate a neighborhood dynamic and trigger the needed response from local government, civil society, media, philanthropic organizations, and businesses.

Ecojesuit works with and engages many local and global collectives with various ecological advocacies and social concerns that relate to interfaith dialogues and action on climate change, such as the World Council of Churches and River above Asia Oceania Ecclesial Network.

On the Way to Change, the physical-virtual global pilgrimage to COP26 is rooted to an ongoing journey in the care of the common home and will converge with other global pilgrimages and bring the stories, concerns, and desires of local communities to the heart of climate negotiations.

These advocacies and local actions include reducing vulnerability of indigenous communities and the youth to the impacts of global warming and promoting cultural integrity through water and watershed management, agroecology, and sustaining biodiversity.

Interlocking global processes where local collectives need to be engaged include the Ecosystem Restoration Decade, Food Systems, COP15 Biodiversity, COP26 Climate, and the Ocean Decade, among others. And ppportunities where transformative change can cascade include the following:

At COP26, many communities are expressing (virtually and in-person) their desire for participation and change. Questions arise as to whether climate negotiations are responsive to the needs at the local level, and if there is genuine listening to people on the ground. It is the spirit of faith and hope that holds people together amid tensions.

We are challenged more than ever to scale up and scale out efforts in all the networks we engage.

Information on the Ecojesuit COP26 initiative is available through this brochure, A Global Advocacy for Climate Justice: Committing to Mission and Action beyond COP26, available in English, French, and Spanish.