Addressing the climate crisis in Oceania and Asia will only be possible if Pacific and Asian communities work together and engage in meaningful dialogue that promotes shared learning and collaboration.

Community, Faith, and Nature: Voices from Oceania and Asia at the Forefront of Climate Reconciliation is a joint dialogue held in 6 July 2021, highlighting the interconnected roles of indigenous communities, faith, and nature in climate reconciliation. Hosted by Ecojesuit and the River above Asia Oceania Ecclesial Network (RAOEN), this dialogue is an official side event to the UNFCCC Asia-Pacific Climate Week.

Voices of Youth and Women 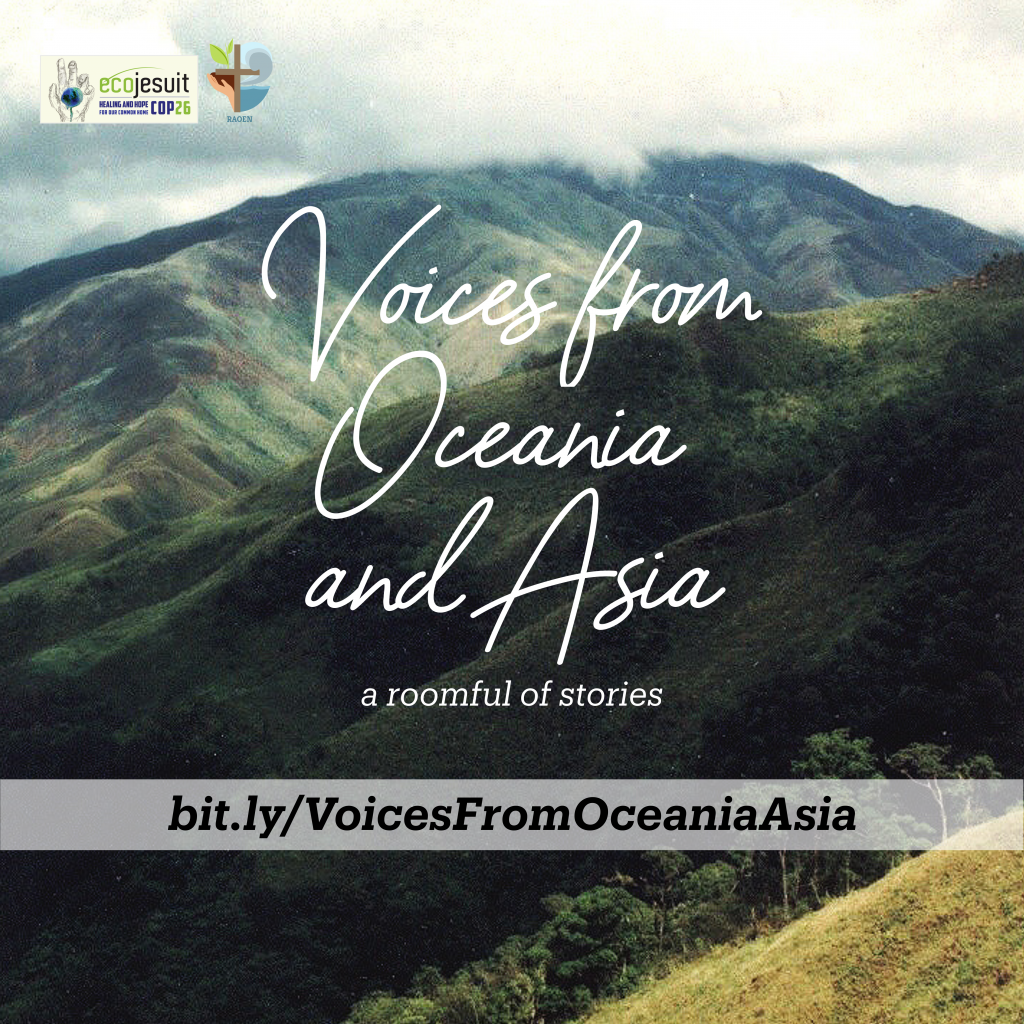 Ocean and forest communities, especially Indigenous Peoples in Oceania and Asia are leading in the struggle for nature-based solutions while living in areas where the worst impacts of the climate crisis are deeply felt.
Their voices, not just global corporations, need to be heard more in global discussions.
Listen to them in our virtual gallery, Voices from Oceania and Asia: A Roomful of Stories and join the online dialogue.

This initiative is continuously developing so we are welcome contributions. Kindly share your stories (photos, videos, artworks, poetry) by sending them to raoen.network@gmail.com with a brief description of the activity or program (date, title and context of
the activity in the video/photo/artwork). 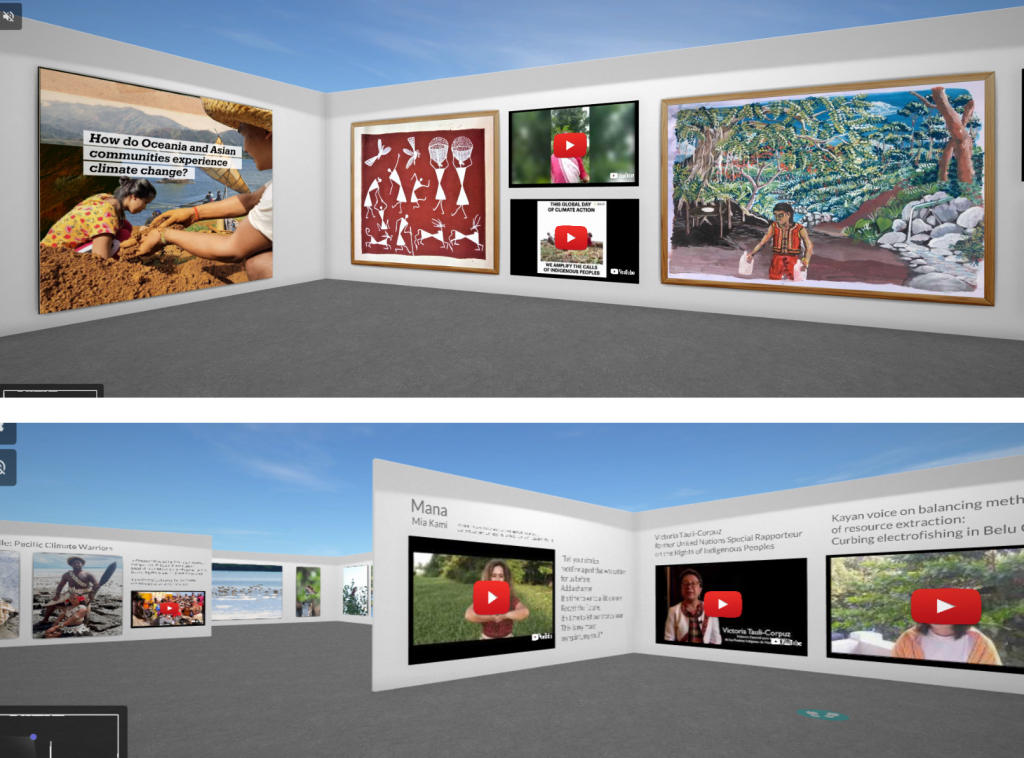